Press area
You are here: Home1 / Press area2 / Articles3 / Legal4 / Labor5 / The government declares a state of alarm to give legal cover to the cu...
Area: Legal
Service: Labour law 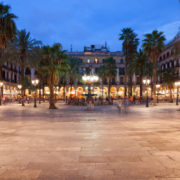 The government approves a state of alarm with a curfew throughout Spain until next May.

The government has once again declared a state of alarm throughout the state as of this Sunday, but on this occasion, less strict than the previous one, and with much more room for manoeuvre for the autonomous communities, most of which have requested this measure in order to have sufficient legal cover for the application of measures that affect or limit the fundamental rights of citizens.

The star measure is the declaration of a mandatory curfew between 11 p.m. and 6 a.m. throughout the country, which in principle is expected to last until 9 May, a period that must be ratified by the legislature this week.

Among the main measures is also the restriction on driving, which will be prohibited between 11 p.m. and 6 a.m. throughout Spain, except in the Canary Islands. During this period, traffic will only be allowed for justified reasons, such as buying medicines, going to work and caring for people. However, the autonomous regions will be able to extend or restrict this period by one hour, as has been done in Catalonia, where mobility has been limited between 10pm and 6am.

Communities will also be able to limit entry and exit from their territories, totally or partially, whether in the whole autonomous region, in a municipality or in a neighbourhood.

Territories can restrict gatherings to a maximum of six people (as in Catalonia) or even fewer, unless they are cohabitants.

During this week, we will closely follow how the limitations on mobility and the rest of the measures that may be adopted by the autonomous communities develop, as they may have a strong impact on labour relations, and may be a catalyst for new employment suspension proceedings based on the impediment or limitation that the measure taken by the government may cause on the activity of many companies.