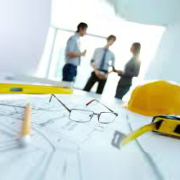 Classification as rural or urban is not a trivial issue since it determines the cadastral value of the property and, accordingly, other aspects such as the amount of property tax, hereinafter IBI, which is substantially higher for urban properties.

Therefore, although this is a local tax managed by municipal councils, the cadastral value is determined nationally by the Directorate General for Cadastre.

In this regard, the judgment of the Supreme Court dated 30 May 2014 declared that property located in buildable land can only be cadastrally valued as urban land if it benefits from a development plan setting out the detailed zoning thereof (partial plan or equivalent).

If no such plan exists, the land shall be considered rural.

The Spanish Federation of Municipalities and Provinces strove to issue a letter stating that the aforementioned judgment did not declare the nullity of previous cadastral value specifications or settlements of property tax, meaning claims lodged before municipal councils should be rejected.

According to this letter, the effects of the judgment should merely limit to calling for the approval of a law setting out the new criteria. As a result, it would only affect future settlements once the buildable land has been subject to a new cadastral valuation.

Although it may be early to draw conclusions, the truth is that we will need to pay close attention to the possible retroactive effects of the new cadastral valuations made of buildable land in order to be able to request the rebate of property tax amounts from previous years and even consider challenging self-settlements of municipal capital gains tax stemming from the transfer of property.