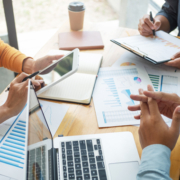 The regulatory development of the new obligation has recently been approved, which is aimed at controlling those mechanisms used to reduce the tax cost derived from international operations that may be considered risky.

Royal Decree 243/2021, of 6 April, which amends the General Regulations on tax management and inspection actions and procedures, Royal Decree 1065/2007, of 27 July, regulates this new obligation, which is aimed at controlling the mechanisms used to limit the taxation of international transactions.

Its origin comes from the publication on 5 June 2018, in the Official Journal of the European Union, of Directive 2018/822, which regulates a new obligation to inform tax administrations of potentially aggressive cross-border tax planning mechanisms, so that it can be transposed into the domestic legislation of each Member State.

The purpose of this reporting obligation focuses on two main aspects:

To emphasise that the obligation to declare a cross-border mechanism does not imply that it should be considered fraudulent or evasive, but only that certain circumstances are present, which would indicate that there is tax planning classified by the regulation as aggressive and that it is obligatory to declare it.

It should also be stressed that the declaration of information and the lack of reaction from the tax authorities do not imply acceptance of the legality of the declared cross-border arrangements.

With regard to the material scope, it should be stressed that it applies to all taxes except those exempted by the Directive itself, i.e. basically Value Added Tax, excise duties and customs duties.

Finally, it should be noted that the transposing legislation will apply from 1 July 2020, without prejudice to the fact that all cross-border tax planning arrangements whose first phase of implementation took place on or after 25 June 2018 must be declared in accordance with the temporary application rules provided for in Council Directive (EU) 2018/822.

Thus, it is stipulated that cross-border arrangements whose first phase of implementation took place between 25 June 2018 and 30 June 2020 must be declared within 30 calendar days of the entry into force of the Ministerial Order implementing this obligation, i.e. from 13 April 2021.

Lastly, the deadline for the declaration of update information for certain tradable cross-border mechanisms made available between 1 July 2020 and 31 March 2021 must be made within 30 calendar days following the entry into force of the Ministerial Order implementing this obligation, as from 13 April 2021.

Due to the introduction of new concepts, we consider it appropriate to go into this issue in more detail in future publications in order to explain this obligation in subsequent AddNEWS.