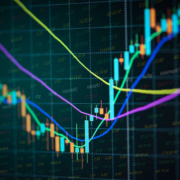 On 27 and 28 June, the Tax Management Department submitted for public information the orders approving Form 721 and forms 172 and 173 respectively, all of which relate to the declaration of virtual currencies, in order to comply with the obligations imposed by the future articles 43 quater, 39 bis and 39 ter. of Royal Decree 1065/2007, of 27 July, which approves the General Regulations on tax management and inspection actions and procedures and on the development of the common rules for tax application procedures.

With these amendments, the Spanish Tax Agency intends to impose information obligations on parties participating in virtual currency markets in order to carry out an exhaustive audit of such transactions.

Individuals and legal entities with residence or establishment in Spanish territory that have or have had virtual currencies abroad during the year 2022 will be obliged to file Form 721, provided that none of the exemption cases mentioned below are met.

For the purposes of this declaration, it is understood that the coins are held abroad, provided that they are deposited in an entity that provides cryptographic key safekeeping services for maintaining, storing and transferring virtual currencies and does not have a residence or permanent establishment in Spain.

However, even when these requirements are met, virtual currencies located abroad do not have to be declared when any of the following circumstances apply:

Said return must be filed between 1 January and 31 March immediately following the period to which the return refers. It should be noted that, according to the second final provision of the Order approving this form, the obligation to file the return will begin for the period 2022, so that, consequently, the taxpayer must file the form between 1 January and 31 March 2023.

Exceptionally, the latter form must also be filed by those entities resident or with a permanent establishment in Spain which, despite not carrying out such activities, make an initial offering of virtual currencies.

With regard to the content of the declaration, it should be noted that form 172 must be used to report the identity of the parties who, at the end of the period being declared, are or have been holders of the safeguarded cryptographic keys, and must report both the balances held by these parties at 31 December and the virtual currencies sent and received throughout the period, and even the fiat currencies they hold or manage on behalf of third parties.

In turn, through form 173, obliged entities must report on transactions involving the acquisition, transmission, exchange and transfer of virtual currencies, as well as all the details thereof, including not only the identity of the buyers or sellers, but also the data relating to the transaction, such as: the valuation, the associated fees and the consideration received (whether in fiat currency or in another virtual currency).

When reporting initial offers of virtual currencies, the identity of the acquirers and the consideration paid for the virtual currencies should be disclosed. Finally, both forms will be annual and must be filed during the month of January immediately following the period to which the return refers.

In this regard, it should be borne in mind that the aforementioned obligation will begin for the period corresponding to 2022.