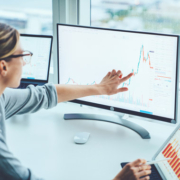 The Labour Inspectorate may issue automated infringement reports without the need for an official to act.

Royal Decree-Law 2/2021, of 26 January, on the reinforcement and consolidation of social measures in defence of employment, in its fourth final provision has modified paragraph a) of article 53.1 of the revised text of the Law on Offences and Sanctions in the Social Order (LISOS), to adapt the administrative sanctioning procedure in the social order:

Fourth final provision. Modification of the revised text of the Law on Offences and Penalties in the Social Order, approved by Royal Legislative Decree 5/2000, of 4 August.

Paragraph a) of Article 53.1 is reworded to read as follows:

In the case of reports issued in the framework of automated administrative proceedings, the facts constituting the offence committed”

This modification, for practical purposes, means that the Labour and Social Security Inspectorate (ITSS), using the possibilities afforded by new technologies, will carry out part of its functions through a special procedure involving the issuing of automated infringement reports, i.e. without the direct intervention of an official acting in their issuance and without reducing the legal guarantees of those concerned.

In this way, through the cross-referencing of data with other related bodies (Public Employment Service, Mutual Insurance Companies, National Social Security Institute, Public Health Service, Tax Agency, etc.) and using “Big Data” massive data processing and analysis systems, the Labour Inspectorate will be able to know and act in the detection of possible non-compliance fraud, especially in the area of Social Security (contributions), theoretically without a reduction in the legal guarantees of the obligated parties and without prejudice to the subsequent intervention of staff with inspection functions in the investigation phase.

In this sense, the first notifications linked to the above have already begun to be received, demonstrating that, in terms of social security and employment, the Administration has made a monumental technological leap forward in the last decade, the latest action of which has passed through the ITSS.

These settlements will generate the corresponding debt, which will be notified via NOTESS (Social Security telematic notification service), accompanied by the respective payment receipt (TC1/31), for payment of the debt.

Another example of the aforementioned automation and coordination between the different bodies is the informative e-mails that the TGSS is sending to all companies that manage employee affiliation movements, which are reproduced below: As we have already informed you, the Labour and Social Security Inspectorate has launched a campaign aimed at sanctioning cases of registration and deregistration movements communicated outside the regulatory period. Attached is the file with the information on registrations and deregistrations submitted outside the regulatory period processed last month by your RED System authorisation and which may be subject to this inspection. This shows, therefore, that this greater control over contributions is already a reality and companies and professional practices will need to be more rigorous when applying, among others, bonuses (ERTES), items that do not pay contributions such as allowances or travel expenses or variable salary payments accrued over a month such as commissions or bonuses for objectives, to avoid a possible automatic sanctioning procedure by the Labour Inspectorate.

The Labour Management Department of AddVANTE remains at your disposal for further information or to resolve any queries that may arise in relation to this article.