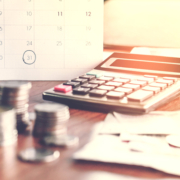 Due to Covid’s situation, many employees (through the redundancy plans) have been forced to apply for aid from the SEPE. It should be taken into account that this income has an effect that will affect in many cases the Personal Income Tax returns to be filed next May 2021.

Although this aid has meant a respite for taxpayers, the tax impact that may be generated by the application of an ERTE is determined by the requirements established by the tax regulations governing Personal Income Tax and, more specifically, with regard to the limits established for the purpose and effect of determining the obligation to file the tax return.

The Personal Income Tax regulations establish that taxpayers whose total income from work does not exceed the limit of 22,000 euros per year will not be obliged to file a tax return, either individually or jointly. However, and here is the critical point that could have an impact on personal income tax in 2020, this limit is reduced to 14,000 euros for taxpayers who receive income from more than one payer, with certain exceptions.

In this regard, the fact that the employee has received both the salary from the company during 2020, as well as the subsequent aid from the SEPE, means that he/she fully falls within the aforementioned situation. In light of the above, the impact in itself is due to the fact that the SEPE does not apply withholding or withholds irrelevant amounts, which may mean that, at the time of filing the tax return, the taxpayer will have to pay differential amounts.

We therefore recommend that those employees who may be affected by this circumstance formally request the entities for which they work to increase the withholdings or payments on account in order to eliminate or reduce this effect. This request could also be addressed to the SEPE, but given the difficulty of obtaining a response from this public body, the first option proposed may be more effective.

This request is based on article 88.5 of Royal Decree 439/2007 of 30 March, which approves the Personal Income Tax Regulations. It establishes that workers may request at any time, from their corresponding payers, the application of withholding rates higher than those resulting from the application of the rules governing the calculation of withholdings. To do so, the request must be made in writing at least 5 days before the payroll is drawn up.

It should be noted that the new withholding rate will be applied once requested until the end of the year and will remain in force until the worker renounces the aforementioned percentage in writing or until a higher withholding rate is applied.

The Generalitat decrees the reduction of rents in the leasing of business p...
Scroll to top

This site uses cookies. By continuing to browse the site, you are agreeing to our use of cookies.

We may request cookies to be set on your device. We use cookies to let us know when you visit our websites, how you interact with us, to enrich your user experience, and to customize your relationship with our website.

Click on the different category headings to find out more. You can also change some of your preferences. Note that blocking some types of cookies may impact your experience on our websites and the services we are able to offer.

These cookies are strictly necessary to provide you with services available through our website and to use some of its features.

Because these cookies are strictly necessary to deliver the website, refuseing them will have impact how our site functions. You always can block or delete cookies by changing your browser settings and force blocking all cookies on this website. But this will always prompt you to accept/refuse cookies when revisiting our site.

We fully respect if you want to refuse cookies but to avoid asking you again and again kindly allow us to store a cookie for that. You are free to opt out any time or opt in for other cookies to get a better experience. If you refuse cookies we will remove all set cookies in our domain.

We provide you with a list of stored cookies on your computer in our domain so you can check what we stored. Due to security reasons we are not able to show or modify cookies from other domains. You can check these in your browser security settings.

We also use different external services like Google Webfonts, Google Maps, and external Video providers. Since these providers may collect personal data like your IP address we allow you to block them here. Please be aware that this might heavily reduce the functionality and appearance of our site. Changes will take effect once you reload the page.