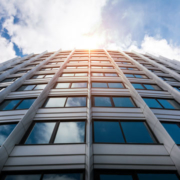 The Supreme Court has upheld the exemption in personal income tax of the severance pay on the termination of senior management contracts.

The possible exemption of compensation paid on the termination of senior management contracts due to the withdrawal of the employer has always been a controversial issue. The Tax Agency, in application of the doctrine of the General Directorate of Taxes, has historically considered that in no case can this type of income enjoy tax exemption.

This position derives from the fact that the special employment relationship of Senior Executives is expressly excluded from the application of the Workers’ Statute, considering therefore that, in the event of termination of the contract by the employer, the minimum compensation of seven days’ cash salary per year of service is fully subject to taxation.

However, this position had already been the subject of analysis by the Supreme Court, which, in a judgment of the Social Chamber of 22 April 2014, ruled that the compensation provided for in the special senior management relationship is considered to be an amount of minimum entitlement that is not available.

This criterion has been endorsed by the Supreme Court in a ruling of 5 November last, in the interest of the House of Representatives, of the Contentious-Administrative Chamber, rejecting the appeal filed by the General State Administration against the ruling of 8 March 2017 of the National Court. In this sense, it establishes as an interpretative criterion the doctrine of the Supreme Court itself of 22 April 2014, declaring the exemption from the minimum obligatory compensation of 7 days per year of work, with a limit of six monthly payments

As an additional issue, it should be recalled that income from work generated in periods of more than 2 years may benefit from a 30% reduction, provided that no reduction has been applied in the previous five tax years. Therefore, in principle, the persons compensated will have already applied this reduction, if they meet the above requirements.

Based on the above, we recommend that the possibility of filing a request with the Tax Agency to rectify the declaration of undue income for those cases of compensation derived from senior management employment relationships that have not expired or become firm.