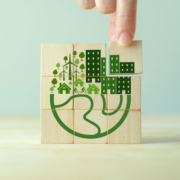 At last we can say that the plenary of the European Parliament has approved by a large majority (525 votes in favour, 60 against and 28 abstentions) the text of the proposed Directive on sustainability reporting, and the Council is expected to adopt the proposal on 28 November, after which it will be signed and published in the Official Journal of the European Union, coming into force twenty days later and the rules will start to apply between 2024 and 2028. The aim of the Directive is to bring sustainability reporting in line with financial reporting over time, so the new legislation aims to fill gaps in the existing rules on non-financial reporting, which are considered insufficient and unreliable. To this end, it introduces more detailed obligations on the environmental, human rights and social impacts of companies, based on common criteria in line with the EU’s climate objectives.

The Commission will adopt the first standards in June 2023. To ensure that companies provide reliable information, they will be subject to independent audits and certification processes. Financial and sustainability reporting will be placed on an equal footing and investors will be provided with comparable and reliable data. Digital access to sustainability information is also ensured.

Next steps at European level:

This is all part of the EU’s commitment to respect human rights and reduce its impact on the planet.

¿Te podemos
ayudar?
93 415 88 77
Fake news, protection of the right to honour and liability of digital platforms...