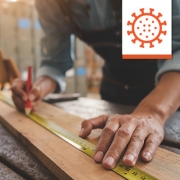 As pointed out in yesterday’s article on the measures in the field of insolvency approved by the Government through RD 16/2020 of 20 April, as a result of the measures adopted by the health crisis resulting from the COVID-19 pandemic, small and medium-sized enterprises have seen almost all their income disappear and are going to face a double problem.

On the one hand, the lack of liquidity caused by the fall in income during the alarm state and, on the other, the difficulty/impossibility of recovering the losses generated during this period.

The first measures agreed by the Government have been mainly aimed at facilitating the financing of the economic sector to alleviate these liquidity problems. They will help to reduce some of the liquidity needs, but they will neither be sufficient nor will they provide a solution to the biggest problem facing many small and medium-sized enterprises in this country: how to recover the losses generated during this period.

By means of RDL 16/2020, the Government has approved a series of measures aimed at delaying the filing of bankruptcy proceedings (exempting them from this obligation until 31 December 2020), and trying to encourage the financing of shareholders, administrators and other persons especially linked to the company in a situation of insolvency, recognizing their right to participate and vote in future creditors’ agreements that may be filed within the next two years. This recognition to participate and vote in the future agreement has been articulated through the qualification as ordinary credits of those credits derived from the treasury that are injected after the declaration of the state of alarm by the persons especially linked to the bankrupt company.

While the Refinancing Agreements are designed and regulated for the restructuring of financial liabilities, the Out-of-Court Settlement Agreement is a mechanism set up for individuals and small businesses.

What is the Out-of-Court Settlement Agreement

Title X of the Bankruptcy Law regulates the mechanism of the Out-of-Court Settlement. It was designed as a mechanism for individuals, but also provides that small and medium sized companies may use it.

The Out-of-Court Settlement Agreement (OCA) is a pre-consolidation mechanism by which certain individuals and companies can renegotiate most of their debts.

It is a mechanism that, in a situation like the present one, we believe can be much more agile and effective than the agreement of creditors foreseen in the bankruptcy proceedings.

The agreement reached through this mechanism, provided that it is with the legally established majorities, is extended to creditors who have opposed it or voted against it.

This mechanism is structured around the figure of the Bankruptcy Ombudsman, who is appointed by the Commercial Registry, Chambers of Commerce or Notary, as the case may be.

The Mediator does not intervene or supervise the management and administration of the debtor, but merely convenes the creditors and mediates for the conclusion of an agreement.

The Commercial Court does not intervene directly in this mechanism. It is informed of the commencement of the proceedings to suspend the legal period for the presentation of the insolvency proceedings provided for in Article 5 of the Insolvency Law and for the purpose of suspending the executions in progress that are carried out on assets related to the activity. That is to say, the commencement of the AEP allows the suspension of the executions against assets related to the activity.

While the Out-of-Court Settlement Agreement is being processed, there is no declaration of bankruptcy or appointment of an Insolvency Administrator or intervention in the management and administration activities of the debtor. Furthermore, it is possible to request that no publicity be given at the beginning of the AEP.

The procedure of the AEP is much more agile than the one foreseen for insolvency proceedings and starts with the application for the appointment of the Bankruptcy Ombudsman.

Once the latter has been appointed and has accepted the position, it has a period of 10 days to send the creditors a call to the meeting in which the proposal of agreement that is finally presented will be voted on.

The period of time between the call and the conclusion can be used to negotiate with the creditors the agreement that will finally be voted on at the meeting.

The meeting with the creditors must be held within a maximum period of two months. Consequently, this mechanism should have a duration of about 3 months.

Who can benefit from this mechanism

They can benefit from the ASP:

What kind of credits can be affected by this agreement

What the agreement reached with the creditors may consist of

The AEP may consist of:

Majorities required to approve a CPA

The following majorities required to approve an Out-of-Court Settlement are established:

What happens if the Agreement is reached

The agreement is binding on the debtor and all creditors affected by the agreement, and claims are deferred, remitted or extinguished as provided for in the agreement.

Creditors who have not accepted or have expressed their disagreement with the agreement will maintain their rights against those jointly and severally liable with the debtor and against their guarantors or backers.

Creditors may not initiate or continue executions against the debtor for debts prior to the opening of the file and may request the cancellation of previous seizures made on claims affected by the agreement.

What happens if the Agreement is not reached

If the debtor is still in insolvency, the declaration of bankruptcy is applied for.

It is also possible that during the processing of the AEP, in spite of not obtaining sufficient agreements to approve an AEP that can be extended to the creditors that have not voted in favor of it, it does allow the conclusion of individual agreements with a sufficiently relevant number of creditors to allow the company to get out of the insolvency situation and avoid the processing of the consecutive insolvency proceeding.

From the Litigation Department, we remain at your disposal for any clarification or additional information and to the concrete analysis of the different cases that may arise.

¿Te podemos
ayudar?
93 415 88 77
Measures in the field of bankruptcy law approved by the government through RD...